Daniel Tragerman, a smiling, charming four-year-old Israeli child in a soccer jersey, died in a shrapnel storm near Gaza. A few miles away the child of Hamas leader Mohammed Deif was killed when a bunker-buster bomb leveled their home. A few hundred miles to the northeast, James Foley, older, but still someone’s child, was horrifically beheaded before the cameras by an ISIS gang – including, some say, a British-born radical.

Is this what we signed up for? Is this civilization in the 21st century?

As we approach the Yamim Noraim, the Jewish Days of awe between Rosh Hashanah and Yom Kippur, we are living through a time when earthly awe is coming at us like bullets. We are living in a time of great challenges, and we must face them. And we must ask what our reactions say about our own humanity.

We cannot claim the catastrophe in Gaza is one-sided. The blame lies everywhere. Israel forced Gaza Jews to leave the place – judenrein – to the locals. There was a potential for change and promise, but Hamas was elected to govern Gaza and they trashed the Jewish businesses handed to them and began rocketing Israel. Swearing to destroy Israel, they attacked as terrorists, kidnapping soldiers and civilians, firing indiscriminately at their enemy.

But Israel is not blameless. They turned Gaza into a refugee camp, blockading the ports, closing the borders, limiting economic development and creating a mini-state mired in poverty and bereft of hope. Living in Gaza today, even before the latest battles, is impossible.

There is plenty of blame to be assigned, and this is not about moral or political equivalences. Not with one side vowing to – and trying to – wipe the other off the face of the earth. No, the question I raise is: what does this say about our own humanity. Are we little more than tribal? Assuming our side is all right, blaming the other for all the chaos? I don’t have an answer. Only the question we must face: Where is our humanity? How can we tolerate, even cheer on, “our side,” whatever that may be? And what have we done about it? What can we do?

Which leads to another question: We must ask what the reactions of our leaders say about their humanity. And their leadership.

I have come to feel our President has let us all down. I have defended Barack Obama against many bitter attacks. Some were clearly instilled by a feeling that his race made him less of an American, less “one of us.” Many of the attacks were just political, or foolish or just plain wrong. I voted for him twice, and given the opportunity to vote for the other guy today, I would vote for Obama again because his instincts on most issues reflect mine.

And I believe that after two wars and an economic catastrophe, this nation needed some downtime, some time to heal. And that’s what Obama’s “don’t do stupid stuff” foreign policy was designed to accomplish. Up to a point.

Right up to the point where our humanity gets involved. Here is the sticking point. There must be a point where a great nation takes a strong stand and says, no. No more “collateral damage.” No more beheadings. No more child sacrifice.

Well, great nations sometimes have to say, yes, there are rules. And we damn well better live by them, or we all die by them. One child at a time. One thread in our tapestry of civilization at a time.

On Yom Kippur we recite the prayer “Eleh Ezkerah,” meaning “these I remember,” and we recite the names of martyrs who died two thousand years ago. Some synagogues add verses about the Holocaust. This year, Daniel Tragerman, Mohammed Deif’s child and Daniel Foley are on my list. 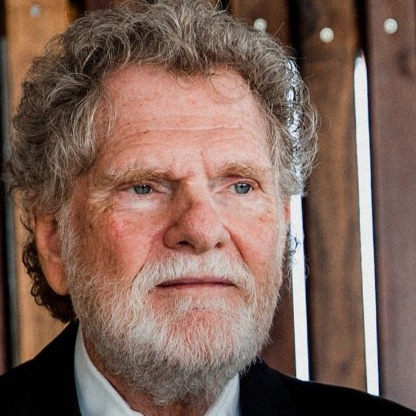